How Businesses Make Use of Vending Machines 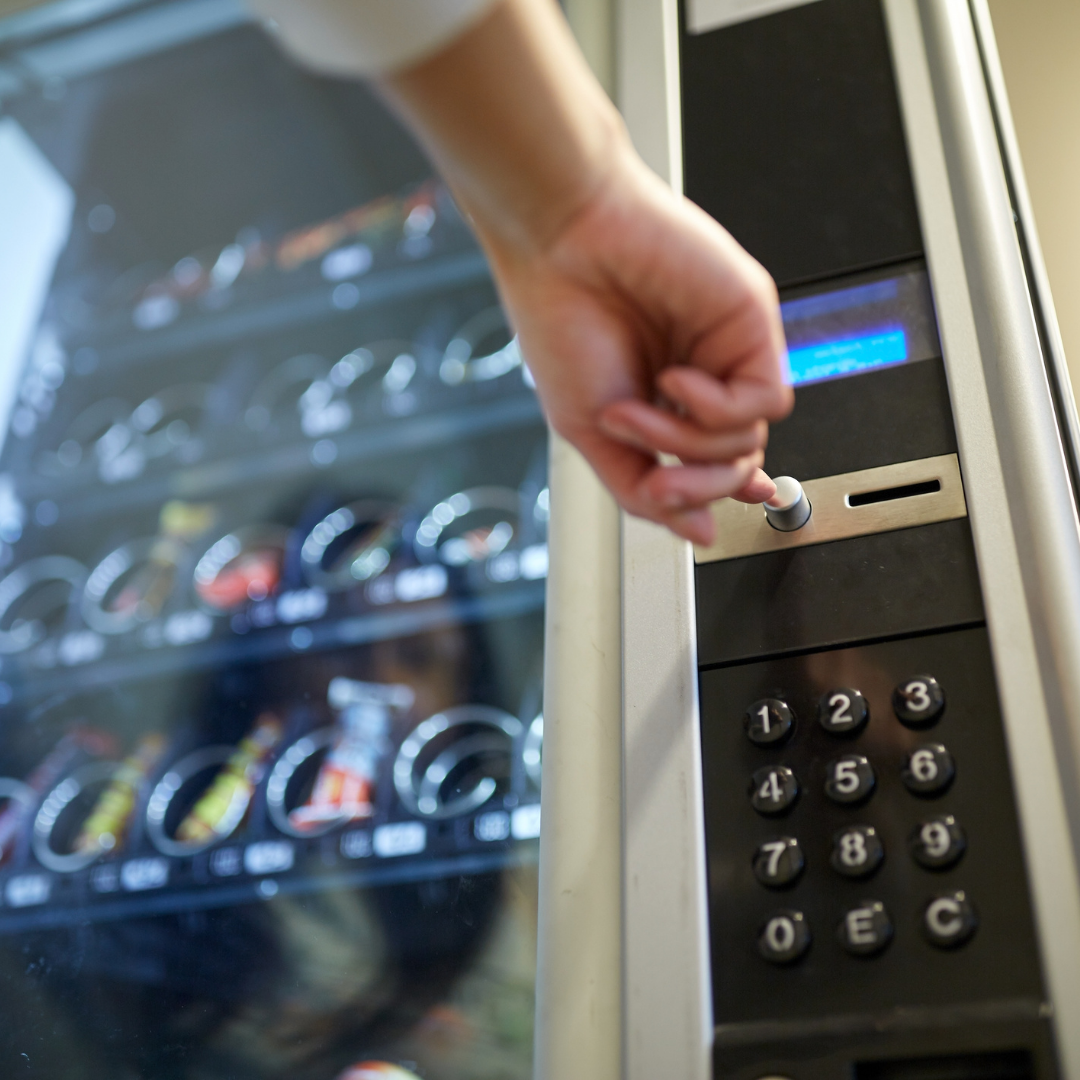 Vending machines have been around in one form or another since the 19th century. The first vending machine appeared in Britain. It was patented in 1857 and would dispense postage stamps. Following on from this, and an obvious progression, was a cast-iron dispenser in 1883 that was made by Percival Everitt and dispensed postcards.

So, let us consider just what use today’s businesses are making of vending machines.

Vending Machines for Selling to Make a Profit

Vending machines continue to have a purpose when it comes to selling items. They are an extension of self-service, which became the norm in 1967 when the automated teller machine was invented. The self-service register would become widespread from the 1990s onwards. Today, we have shops and supermarkets still encouraging many of us to use them.

So, what can we obtain from a vending machine today, how do we now pay for it, and where can we find such machines?

Well, some of the most profitable vending machines will tend to be those that contain coffee, soda, snacks, and cold food. Crisps and chocolate bars are always a popular inclusion.

Modern vending machines rather than only accepting coins will now accept cards and contactless payments, Apple iPay, Android Pay, and Google Wallet. The advancements in technology mean that business owners will constantly be looking to satisfy customers by offering wider food and drink options and payment methods that are as convenient as possible. However, there are many people who still don’t feel comfortable making contactless payments as they are concerned about the security aspect of paying on their phone. Fortunately, there are steps that people can take, such as getting something like a freemium vpn, to add extra security to their phones so that they can confidently pay using contactless.

Financially, taking the US as an example, the majority of vending machines will earn less than $5 per week for a business. However, those placed in popular locations will earn more than $100 or even hundreds of dollars per day. There is that potential for someone anywhere in the world to earn money from machines that function as a kind of automated shop. I remember seeing on the news, a farmer using a version to offer fresh produce for sale.

In Offices and Factories

Vending machines will also be found in workplaces to service the needs of large numbers of staff. So, that will include both office environments and the staff rooms attached to factories where manufacturing is taking place.

These machines in the workplace, on the one hand, provide workers with access to a variety of hot drinks and predominantly cold snacks like individually wrapped biscuits and chocolate bars, to save them bringing any to work or needing to venture out at lunchtime or morning break, but on the other hand, could be seen to take away the perk of drinks being provided by an employer. Vending machines remain popular with staff, though, for the choices they provide and their convenience. It is a form of excitement for many office workers to see the range of what is on offer and then to be able to purchase it in an instant without having to venture outside on a rainy day. It is no more expensive than going out to buy lunch in terms of the food that vending machines offer.

Pros and Cons of Vending Machines

To examine more closely the advantages and disadvantages of vending machines is to consider their different uses in terms of them being either a selling tool or an employee satisfier.

To a business looking to solely make money from a vending machine, they have low start-up costs. A downside to them, though, is that they are only scaleable in the right location.

For a company looking to cater to the needs of its employees, a vending machine can be a popular choice. They are not like they used to be and get the drinks all mixed up; they are reliable, easy to use, payment friendly, and offer an even greater choice of things to buy, including a whole range of hot and cold drinks, sandwiches, and even hot food. Also, many contain items other than drinks, food, or confectionery.

However, many companies may still consider traditional F&B services as opposed to the vending machines, to provide a greater choice of food and beverage items to their employees. Why wouldn’t you? If you can Get your food service supplies delivered to your door. There could also be a hybrid sort of snacking system in offices, where both vending machine snacks as well as other food services are available.

It is interesting to consider that there are almost 5 million vending machines in the US alone. Many of these will be offering more than snacks or soda. Some will turn on and off automatically to save power. Also, you can now ever use an app to buy a Coke.

So, what is there not to love about vending machines when you own a business? They can bring in extra profits and service the needs of large numbers of staff that may prove hard to please otherwise.

5 Tips to Help Start Up a Business »

Regulatory Wave is a place where business people can come to and receive the help and support they need to make themselves or their business a success. With a team of professionals that have years of experience, you'll be on that road to success in no time at all!

Business is all about using your initiative and working through problems and turning them into successes. This blog will give you some guidance on how you can do this and develop into the success you would like to be.